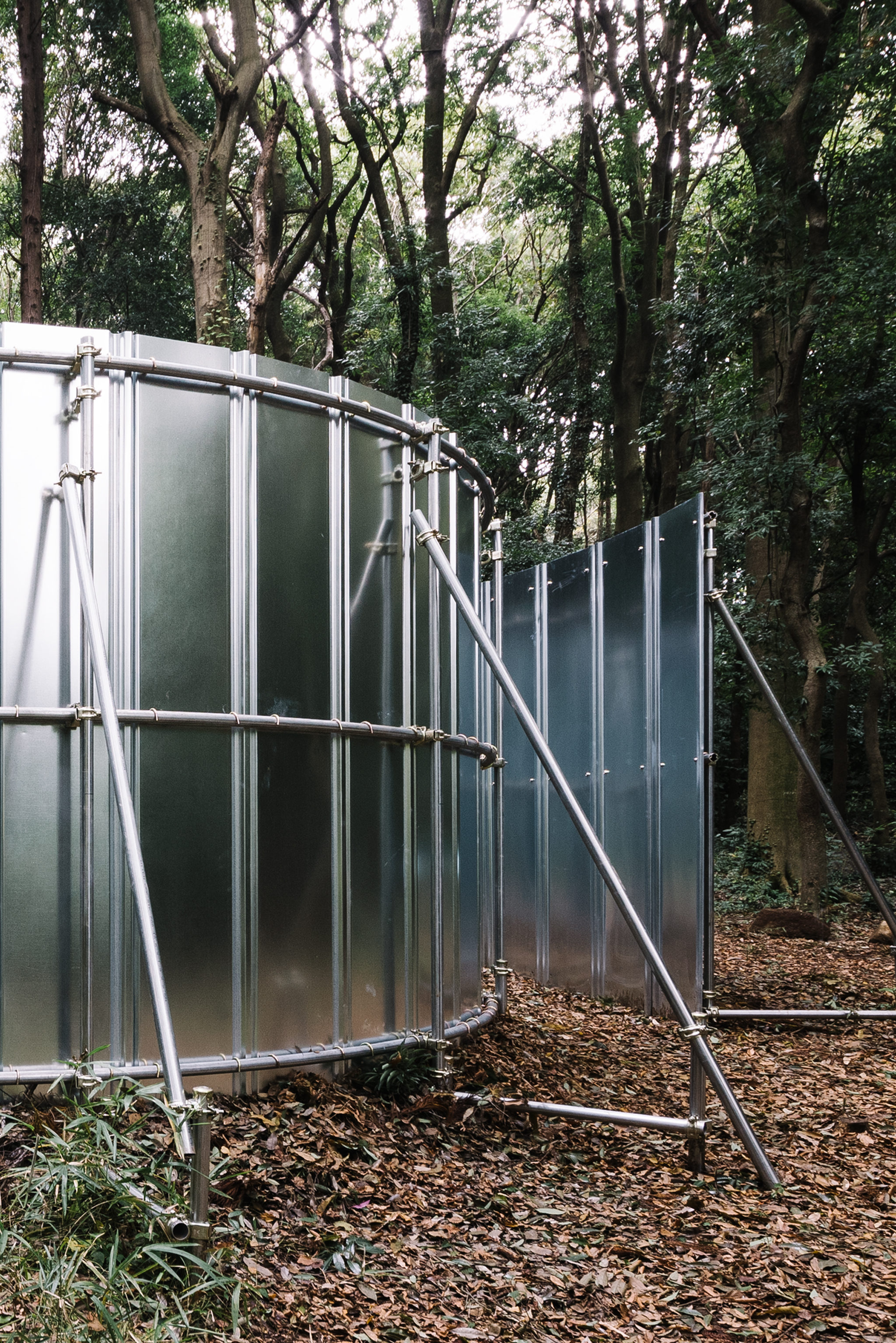 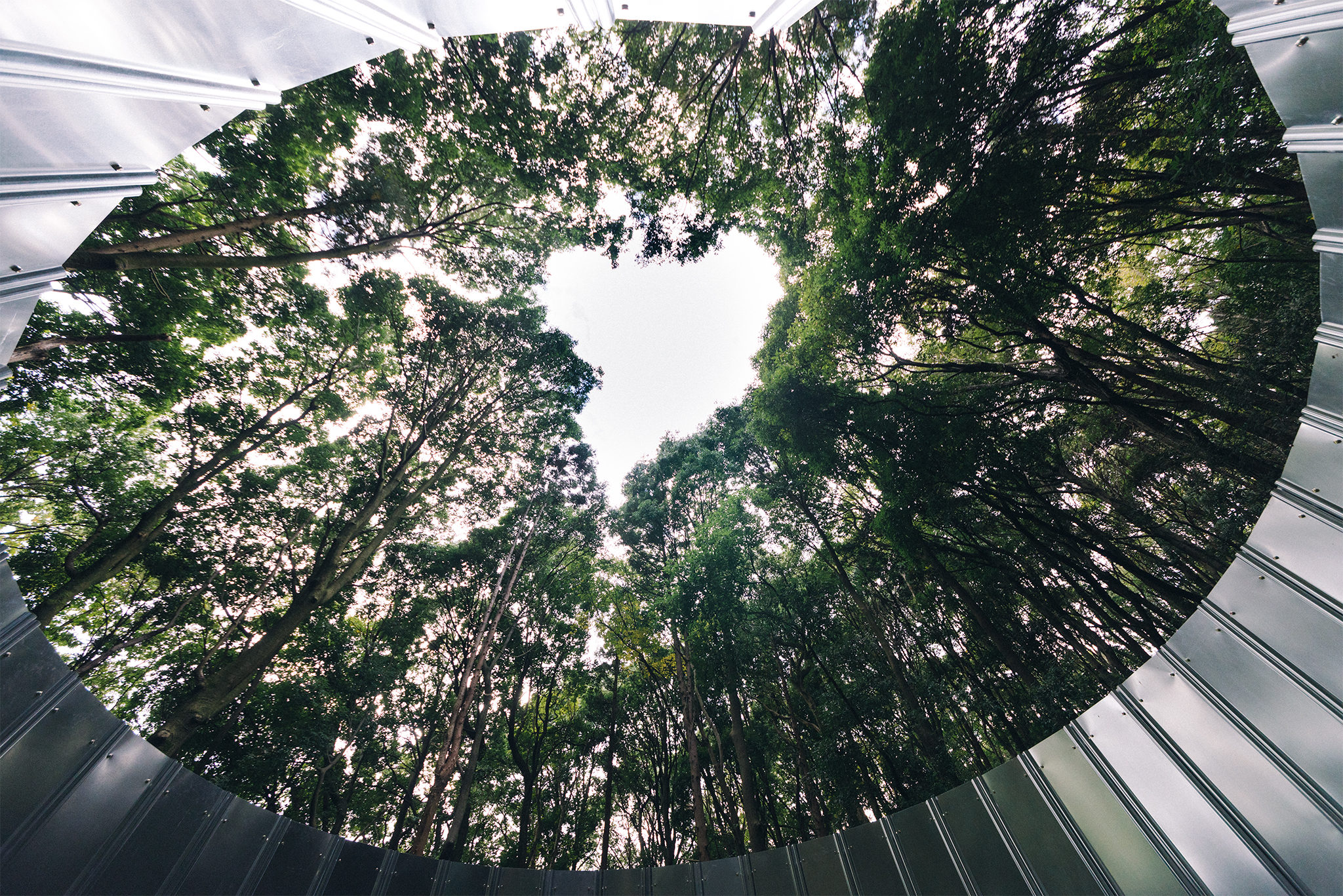 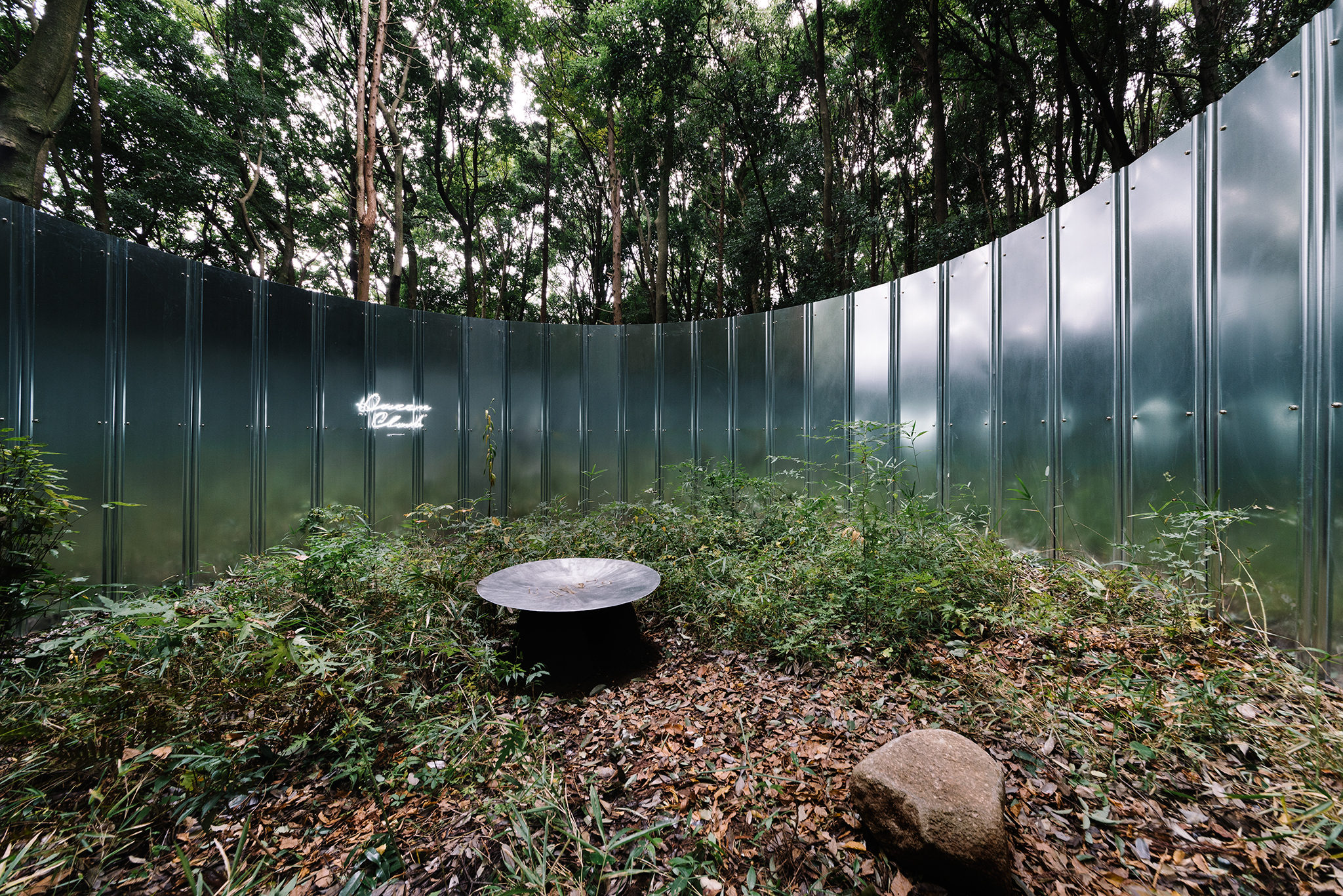 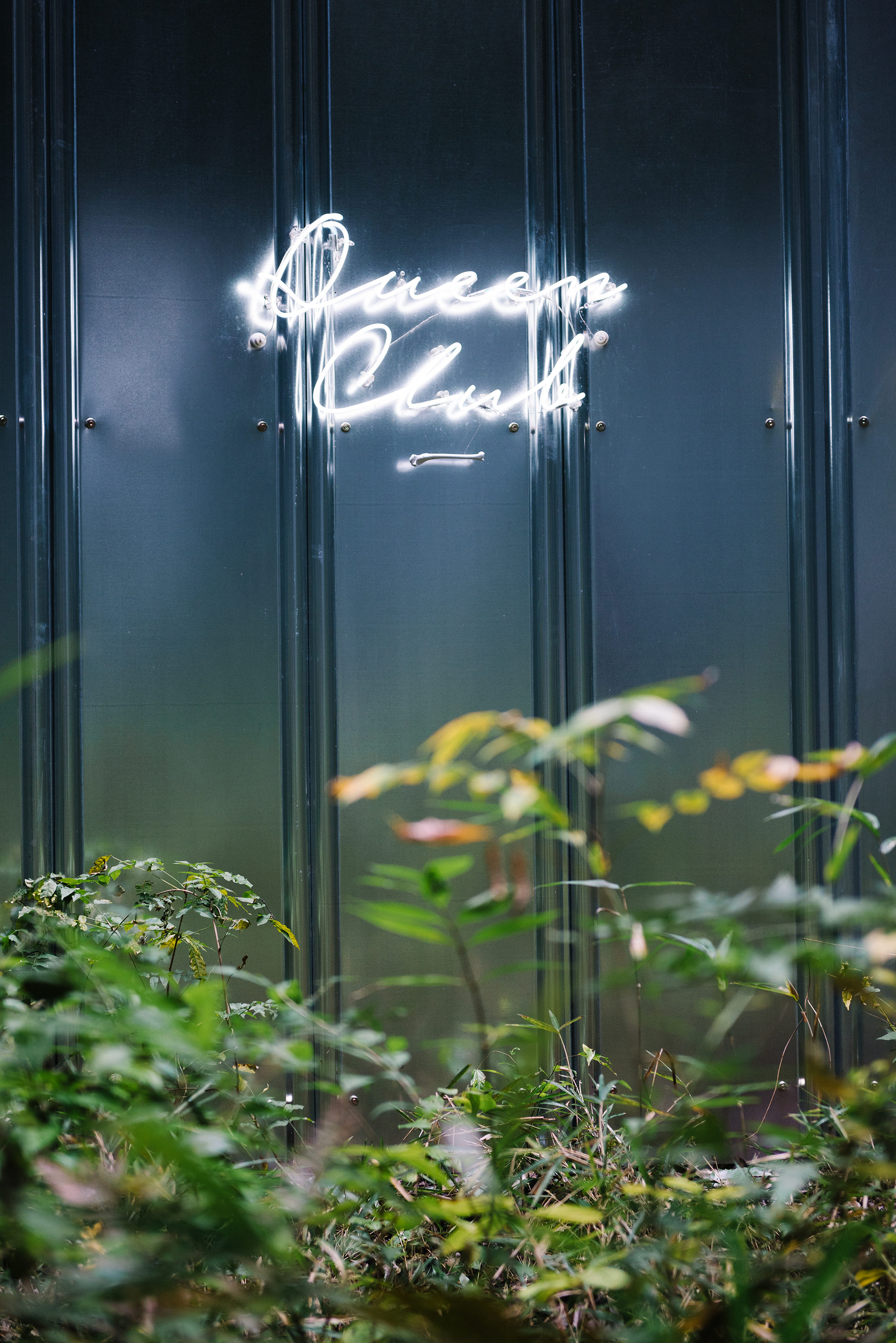 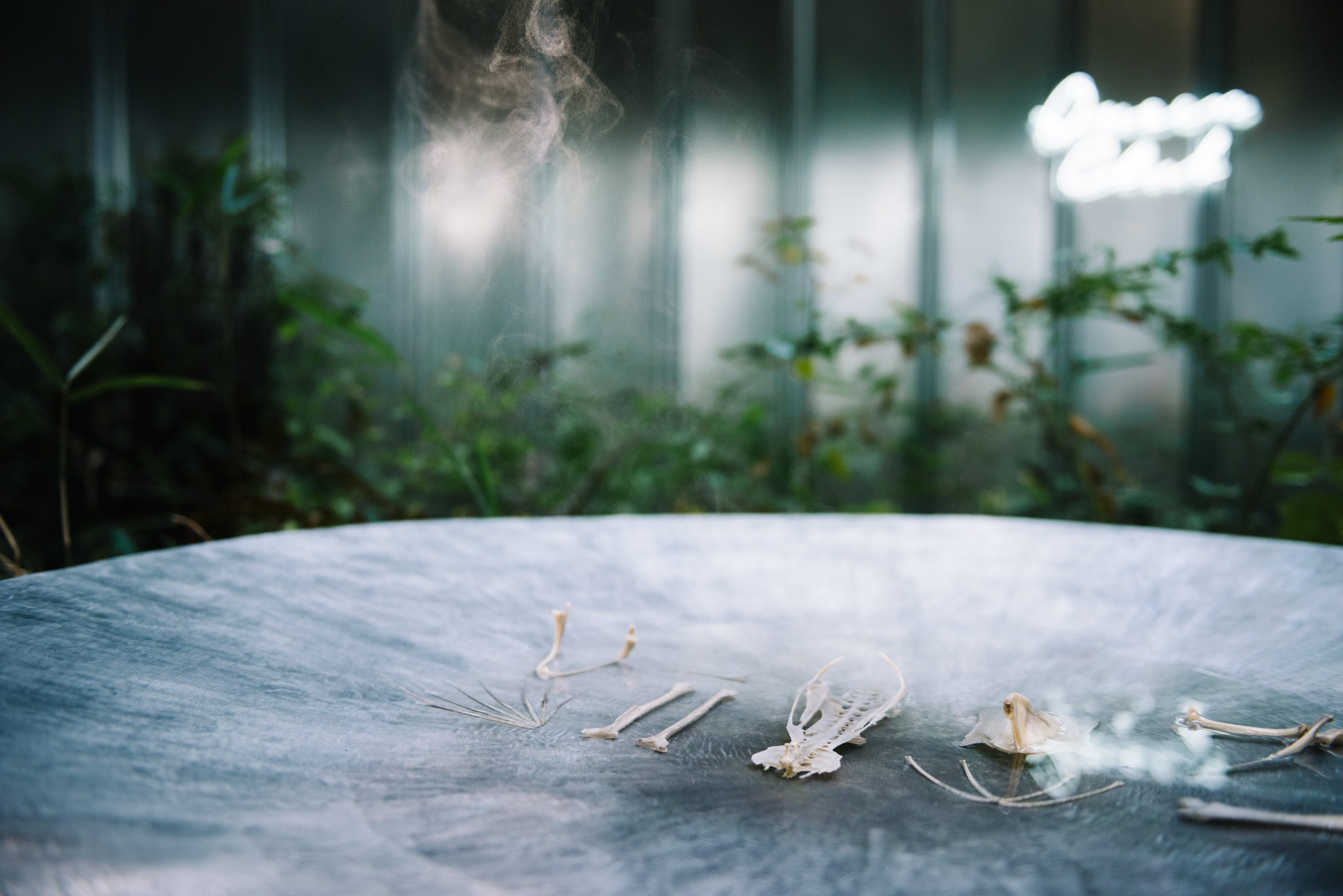 Temporary fences that are lined the construction site.
It's the obvious thing, but the "under construction" condition is inside the fence.
And it means the place where something is created.

In this space outside the fence, plants with ambiguous and Rakugo (traditional comic storytelling) properties such as aconite and Japan helwingia grow.
And there is also a gaze of empathy for their lives.

By such the sequence of fortuitous connections, it is accelerated that the 'pataphysical thinking between the whole world inside the fence and us.

The queen crab metamorphoses into the bone club at this club.
It is thrown into the sky spreading beyond the overgrown trees with the white rising flow.

Voyager as pioneer continues to seek its own position in the infinite universe, even after nuclear energy control became to be uncontrollable.